Naira Marley who fired back at Ruggedman in an Instagram live session, told him to go and write lyrics instead of writing letter and novels to him.


Earlier Ruggedman warned Naira Marley not to mislead people with his support for cybercrime, following his post which generated controversy.


Naira Marley had supported yahoo boys (internet fraudsters), who he claimed were carrying our revenge for slave trade in the past.


However Ruggedman who reacted to controversy the post from Naira Marley which supported cybercrime generated, wrote;

@nairamarley My brother, I love your music and all but you need to get one thing clear and do not mislead people. Especially kids on social media. You can do Yahoo all you want, but do not disrespect the part of the black race that were sold into slavery by trying to use it to justify cyber crime. The people who bought slaves died ages ago. If you want to fight that, then start a cause/movement against the British and America. 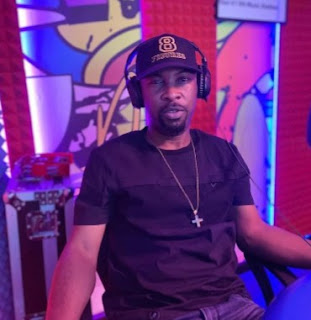 Who ever owned slaves, but stealing the hard earned money of other people isnt about slavery. You say the Nigerian leaders are looting trillions outta this country, why arent you hacking their accounts and giving back to the people Robin Hood style? I swear I go hail you for that one. But bro respect the black race and dont try to use it to justify cyber crime. E no follow. If it wasnt a crime popo wont be busting boys for it.
Thousands of qualified Nigerians cant get jobs outside Nigeria because of “yahoo”. Their families are suffering.
Young Nigerians are suspect everywhere they go because of “yahoo”. If you want to do it, enjoy. Nobody is stopping you.


However Naira Marley who fired back at Ruggedman, told him to go and write lyrics instead of writing letter and novels to him.

By Rayesomo Charles at April 24, 2019
Email ThisBlogThis!Share to TwitterShare to FacebookShare to Pinterest