Apple may put iPhone 6s &6s plus out of service. 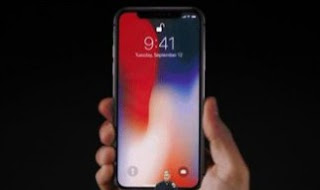 Apple may put the iPhone 6S and below out of service, with iOS 13 already in the works according to a report, credited to Israeli website ‘The Verifier’.


The reports said while the new operating system (iOS13) for the Apple iPhones and iPads will bring with it a plethora of improvements and features, it will definitely spell doom for older hardware, especially in terms of hardware compatibility.


According to The Verifier, Apple’s iOS 13 could drop support for a few too many iPhones and iPads this time.


The report said that the iOS 13 will only cater to iPhones 7 and above, which leaves users with iPhone 6S/6S Plus (and below) stuck on iOS 12 for their lifetime.


If the report is true, the iPhone SE will also be suffering the same fate.


The report presently stands unconfirmed and should be taken with a pinch of salt. However, Apple is known to drop support for older hardware at every new iOS version release.


This will be the first time that Apple would drop support for a larger range of devices, if iOS 13 has hardware restrictions. Older devices will lose support because of its hardware compatibility. Newer apps and features require hardware that is compatible for its future use.


iOS 13 will be out in developer release at the WWDC 2019 that will be held in June this year, and will see a final public release in September 2018. Apple could force you to upgrade from your older iPhone to newer generation handsets by adopting this method. While it would be sad for those stuck on older devices, those on newer iPhones will definitely see improvements and the highest compatibility with future apps and features.