See how the Boy Davido Gifted #1m spent the money

Nigerian singer ,Davido ,is popularly known for his act of giving to people ,and recently the musician gifted a young guy the sum of one million naira

Davido who shared a photo of the investment wrote ;

They said the boy who davido gave 1m to will blow the money in days
They projected their fears and failures on him but baba disappoint una .He invested in a Keke napep and would be able to work his way out of handouts .God pass una. 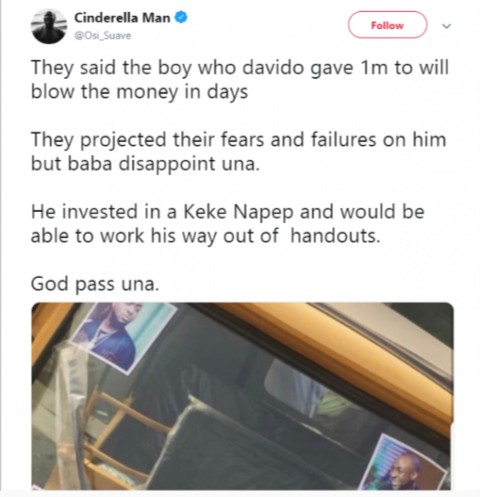