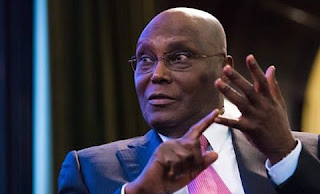 The presidential candidate of the Peoples Democratic Party, Atiku Abubakar, has said he is among those suffering from the power problem in the country.

Abubakar said as a businessman, he spent billions of Naira on diesel to generate power for his companies.

He stated this on Twitter while responding to questions from some of his followers.

A Twitter user @ofishea, had queried the former vice president about his alleged ownership of a generator company.

The user, in humour, had said Abubakar would not address the power supply problem in the country because of his business interest.

Responding on Twitter, the presidential candidate denied the allegations. He said, “My friend, I know you meant this as a joke, but the power situation in Nigeria is not funny.

“As a businessman, I don’t enjoy the billions I spend generating power with diesel.

“Power is a key focus area in #TheAtikuPlan. We will attract key investors to our power industry and ensure competitive pricing, especially for corporate and industrial end users,” he tweeted.

However, some readers wondered why Atiku did not do anything while serving with former President Olusegun Obasanjo.

They asked what happened to the funds spent on improving power supply in the country.

By Rayesomo Charles at January 25, 2019
Email ThisBlogThis!Share to TwitterShare to FacebookShare to Pinterest